← more from
three:four records
Get fresh music recommendations delivered to your inbox every Friday. 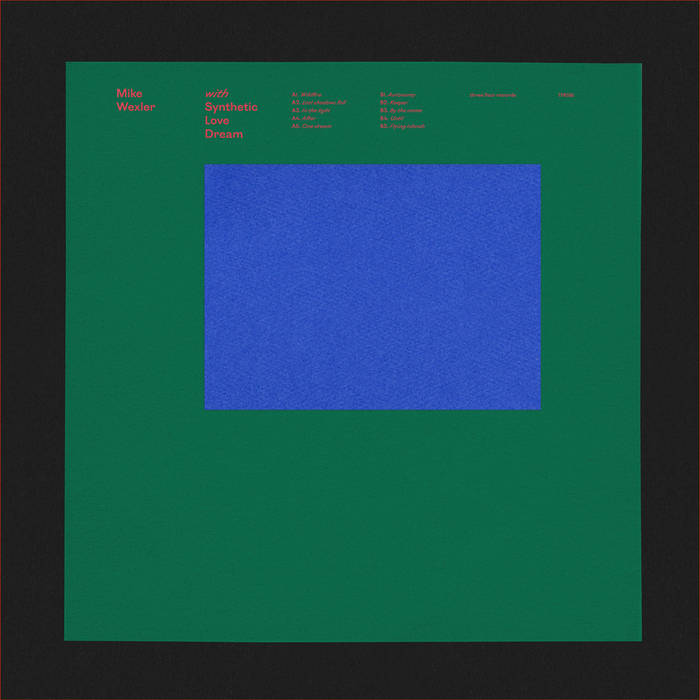 Edward Bagenal Keeper is a novel of a song. The chapters and changes it moves through are hypnotic and the carnival refrain at the end of the album revisits it beautifully, marking it as the standard bearer for this album, for me. Favorite track: Keeper.

Dano Williams The best Mike Wexler yet. The orchestration gives it a bit of a Five Leaves Left (or even Belle & Sebastian) tone, and the songwriting is stronger than ever. One of the best of 2020. Favorite track: Flying Islands.

peterkerlin A stunning, transfixing and devistating masterstroke of a record. Exquisite arrangements, outstanding performances and spiraling guitar patterns are set against lyrics that peel the scales from your eyes, encapsulating the tragic inevitability of this human moment. "Love is for real if not for long. All I know is the drop is sheer where last shadows fall before they're gone." Favorite track: Wildfire.

Gary Zaepfel Lovely laid back tunes reminiscent of early acoustic Pink Floyd and a bit of Steve Hillage thrown in for good measure. Definitely on my top five list for 2020.

In 2014, while wrapping up the mix sessions for Syntropy (three:four, 2016), Mike Wexler found himself writing a different kind of song. Whereas Syntropy had been beholden to a world of ideas laying just beyond the purview of the songs themselves, something new began to present itself - something more streamlined, more personal, direct, and grounded in a bedrock universality of form. Where was this shift coming from? - At the same time decidedly more straightforward and troublingly dark. With November 2016 came the US election - sadly and suddenly the mood fit. But bringing the songs to life proved challenging. Something was missing.

In April of 2017, after sharing several bills at Greenpoint, Brooklyn's Troost and elsewhere, Mike got together with Synthetic Love Dream - David Lackner, Adrian Knight, Max Zuckerman, and Mike Advensky - to play through some of the new material he'd been working on. It was something of a eureka moment. In this setting, with their accompaniment, the songs turned a new and different face to the light. Here was the missing piece - a well-oiled band able to realize these subtle and complex forms with lightness, playfulness, and consistency.

This outsider "wrecking crew" of sorts backing up Mike can be found operating under a few aka's: whether toeing the line between smooth(ish), borderline taboo sophisti-pop and seedy art-damage as Blue Jazz TV, or exploring the territory between long-form pitch study and minimal jazz ballad as Synthetic Love Dream, amidst a plethora of other projects centered around Lackner’s Galtta Tapes label. To get a handle on their sound in the context of this record, it might help to think of LA Express backing Joni Mitchell, with its jazz chops and sophistication, or perhaps Milton Nascimento's lps recorded in the US, with Hancock, Shorter, et al. Or imagine, if you will, a mellow Lennon, backed by Fagen and Becker, with 'Blue' Gene Tyranny at the console! Thinking along these lines might get you into the ballpark, but drop the needle and you'll hear for yourself that this is the meeting of a singular writer and a distinct group of players. And while there’s undoubtedly something classic about this band playing these songs, that’s not to say it’s 'classic rock’.

Mike Wexler with Synthetic Love Dream is a record that's as clear as it is layered and multifaceted. An odd couple collaboration nudging out past preoccupations with experimentation and sonics in favor of an approach that spotlights music first. Its directness is in service of a new kind of urgency - call it a plea for sanity: gentle, resolute, albeit never unaware of its own probable futility. The songs take up and adapt familiar tropes, reimagining and repurposing them. That which speaks to the present is carried forward, the rest goes by the wayside.

"The tigers leap into the past.’ That's how Benjamin once defined the revolution. The past has unfulfilled revolutionary potentialities that are only waiting for the right moment to resonate, to ‘pass the torch’, so to speak. Certainly this is a record haunted by the spirit of discarded utopias - peace & love, et al..Staring down the darkness of the present moment it seems these sentiments suddenly don’t feel quite as passé. The challenge is to mobilize them for a culture of deep cynicism. What we have here is a modest attempt to salvage this position for the 21st century - a reminder of common humanity, of the last flickering shadows of a despair-tinged hope.